How To Think And Grow Rich? – Book Review

How To Think And Grow Rich

Change Your Way Of Thinking! 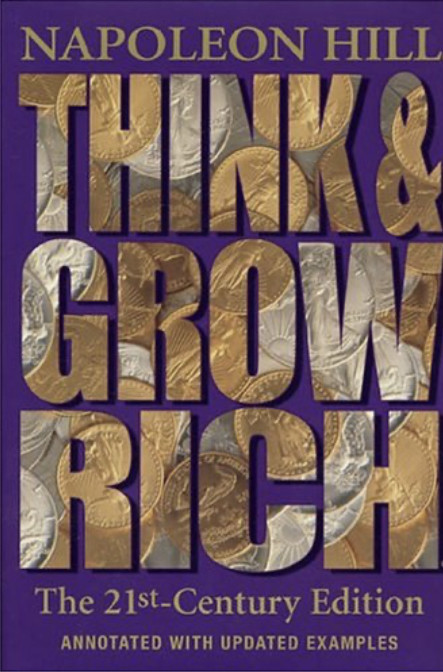 Read, Find Your Passion, Go Get It!

When we need to be in quarantine during the Covid-19 virus pandemic, it’s surely are long days. However, this doesn’t necessarily mean that you can’t educate yourself, grow your mentality and your online business. I have reviewed this book for you, so that you can grow your business.

Not only that, to be rich doesn’t necessarily mean in property or hard cash. Prosperity can take many forms. To be happy with your spouse, be rich with friends and family. If you are happy about your self and happy with your life, you are richer than you know!

Here are some quotes from Think And Grow Rich

“You are the master of your destiny. You can influence, direct and control your own environment. You can make your life what you want it to be.”

“Put your foot upon the neck of the fear of criticism by reaching a decision not to worry about what other people think, do, or say.”

“If you give up before your goal has been reached, you are a “quitter.” A QUITTER NEVER WINS AND A WINNER NEVER QUITS. Lift this sentence out, write it on a piece of paper in letters an inch high, and place it where you will see it every night before you go to sleep, and every morning before you go to work”

What’s This All About Think And Grow Rich?

NAPOLEON HILL, THE MAKER OF MILLIONAIRES Napoleon Hill’s classic Think and Grow Rich has sold more than 60 million copies worldwide. Think and Grow Rich is a motivational personal development and self-help book written by Napoleon Hill and inspired by a suggestion by Scottish-American billionaire Andrew Carnegie. It was published in 1937 during the Great Depression. It remains the biggest seller of Napoleon Hill’s books, selling a claimed 30 million copies over the next 70 years (although Alice Payne Hackett’s 70 Years of Best Sellers suggests the figure was lower).

Have Faith To Achieve Your Goals

Winners have courage. So how to be a winner?

Faith is to have belief in something which has not been proven.

I have mentioned some important aspects from Think And Grow Rich By Napoleon Hill.

The Success Story Of Henry Ford Says It’s All

“Ford decided to produce his now famous V-8 motor. He chose to build an engine with the entire eight cylinders cast in one block, and instructed his engineers to produce a design for the engine.

The design was placed on paper, but the engineers agreed, to a man, that it was simply impossible to cast an eight-cylinder gas engine block in one piece.

“Go ahead,” Ford commanded, “and stay on the job until you succeed no matter how much time is required.”

The engineers went ahead. There was nothing else for them to do, if they were to remain on the Ford staff.

At the end of the year, Ford checked with his engineers, and again they informed him they had found no way to carry out his orders.

“Go right ahead,” said Ford, “I want it, and I’ll have it.” They went ahead, and then, as if by a stroke of magic, the secret was discovered.”

Have you read this book? What do you think about it? Feel free to leave a comment and rate the book yourself!

If you like this review and have suggestion for a book review, please leave a comment below.

Remember to sign up for my newsletter to get the latest reviews and information about how to make money and prosperity into your life. You find the sign up from at the bottom of this page.

How To Win Friends And Influence People

Science Of Getting Rich – Book Review

How To Make Money Online With Legendary Marketer